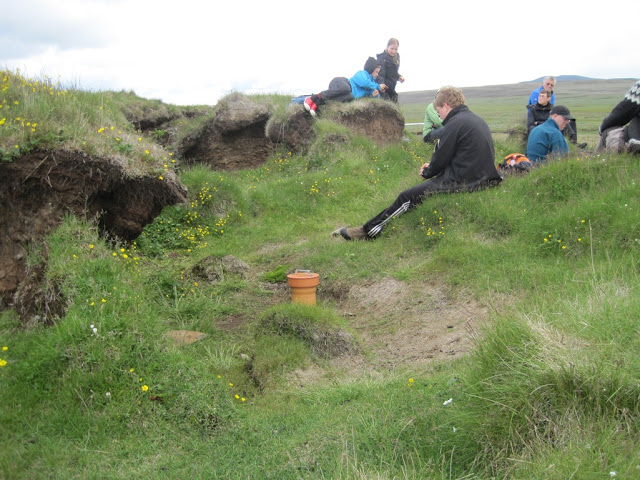 Standing some 5 km south of Sænautavatn, at an altitude of 585m, Grunnavatn was established in 1853 on land acquired from Brú. The snow often lies deep here, but the land includes good summertime ranges. The first inhabitants hailed from Eiðaþinghá, Arndís Magnúsdóttir and Jónas, a son of Bergur Hallsson; however, they and their children left for the Americas in 1880. Others continued to reside here until 1923, but there was an 8 year gap in residence due to the ashfall of 1875, and people also stayed away for two years after the main living quarters burned in 1903.